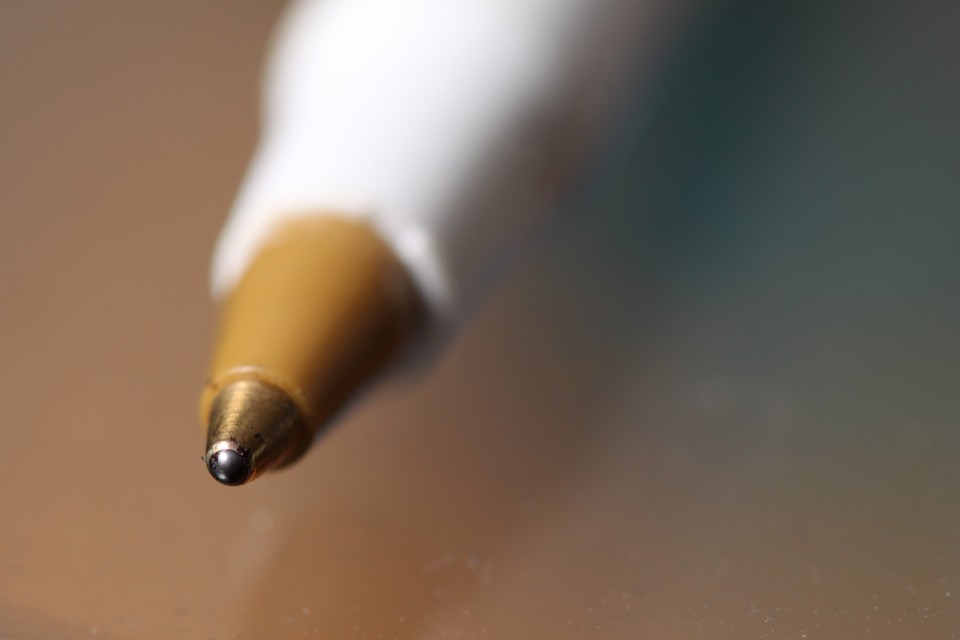 How The Ballpoint Pen Killed Cursive

Dozens of castaways collect in cups on every teacher’s desk. They’re so ubiquitous that the word “ballpoint” is rarely used; they’re just “pens.” But despite its popularity, the ballpoint pen is relatively new in the history of handwriting, and its influence on popular handwriting is complicated. 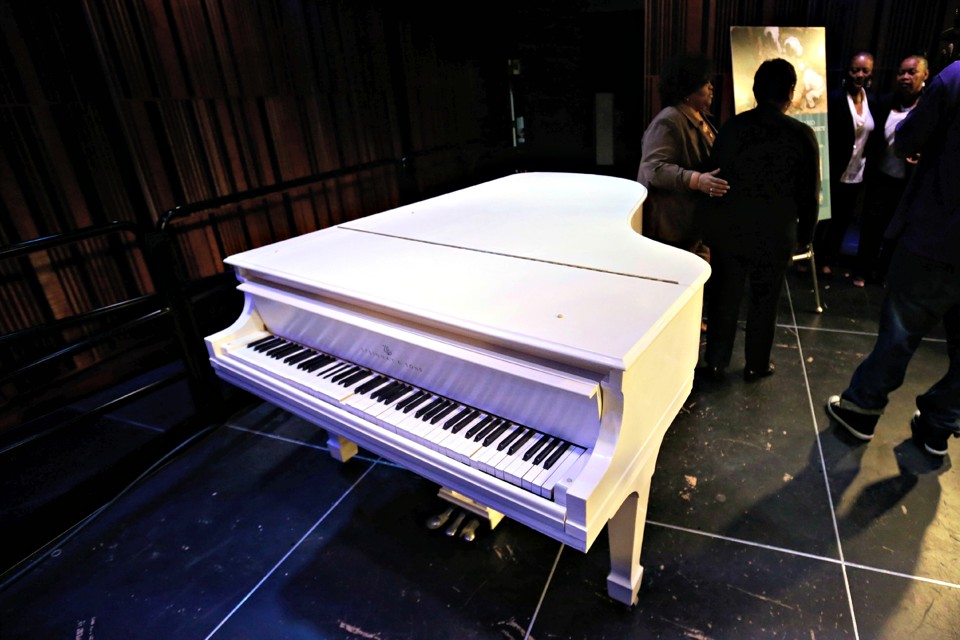 The Piano That Can’t Play a Tune

Submerged in nine feet of water from a massive breach in the nearby Industrial Canal, it sat for weeks in the fetid lake that covered 80 percent of New Orleans after Katrina. It is a tale about persistence in the face of government neglect, cataclysmic disaster, and the painful incompleteness of reconstruction. 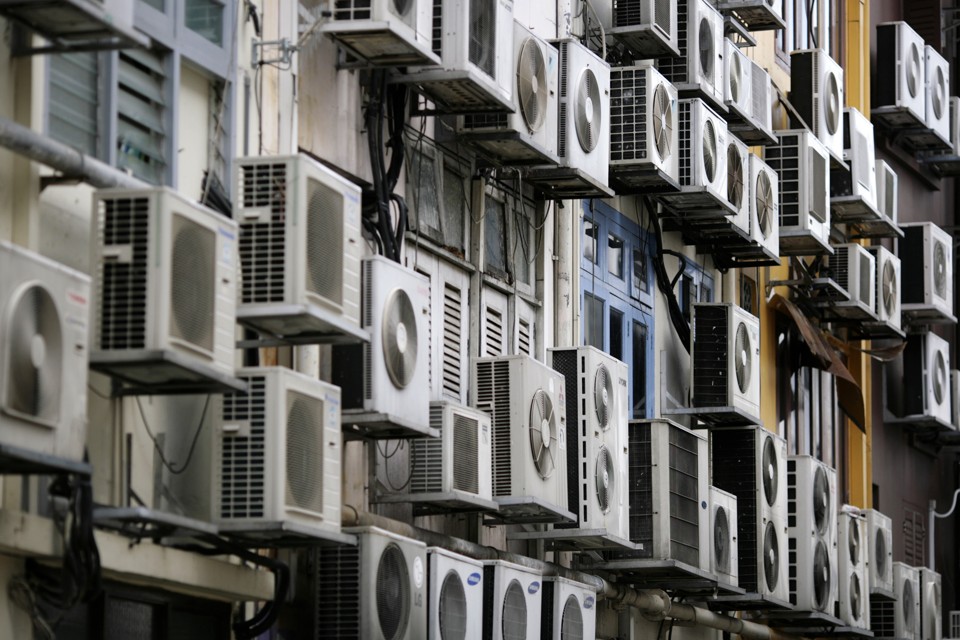 Air conditioning and outer space have a history that goes back further than ballpoint pens that write upside down.

Air conditioning and outer space have a history that goes back further than ballpoint pens that write upside down and infrared ear thermometers. A century later and 98 percent of American cars are built with air conditioning and 83 percent of American homes have at least one air-conditioned room. It was as if we were preparing to colonize and terraform our own planet. 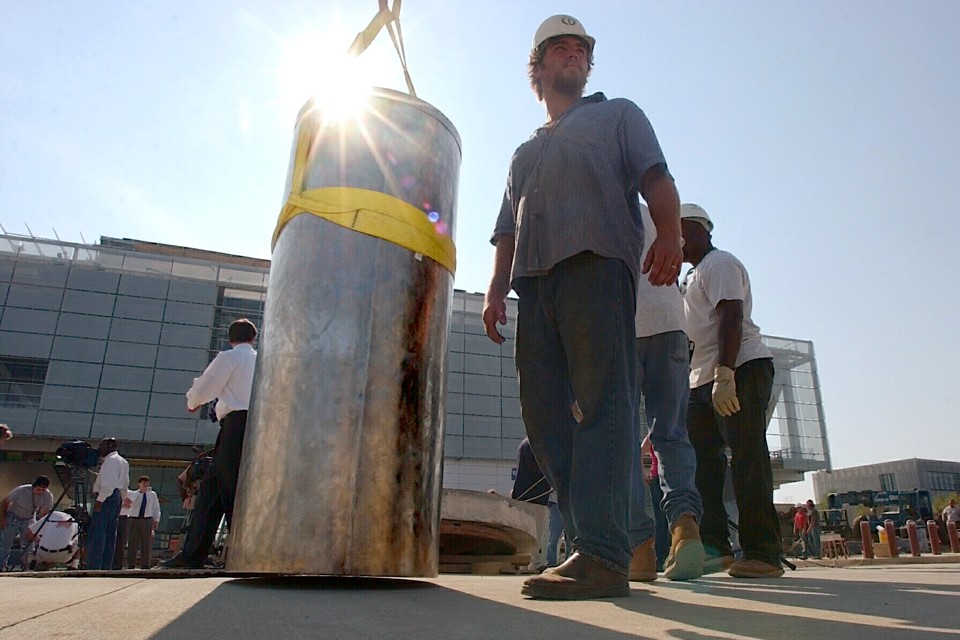 The Paradox of Time Capsules

A form of futurism, and a way of bottling up context in its purest form: temporal treasures

Time capsules provide one of the best means to address the collective need for belonging, past and future. Whether in the form of a shoebox buried in the yard or a satellite programmed to return to Earth thousands of years from now, the paradoxical goal is the representative objectification of daily living. As a result, the message they send is equal parts altruism and egocentrism, hope and despair, all underwritten by persistent anxieties over individual mortality and the end of the world. 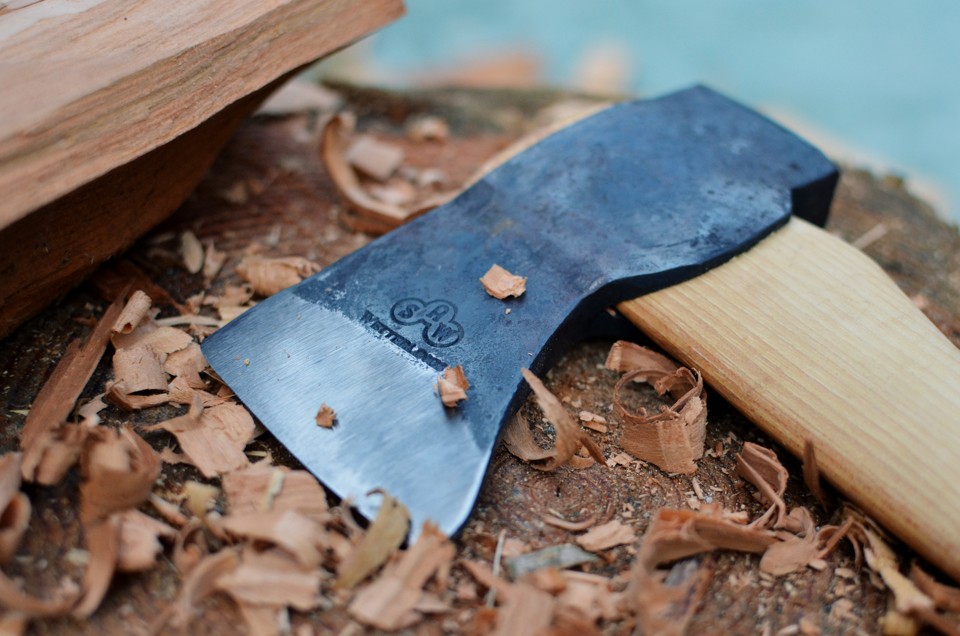 Where Have All the Axes Gone?

The treasured woodchopper’s talisman is a guide to an almost-lost way of life.

Today a visit to your local home center will turn up perhaps a couple of hatchets and maybe three or four differently labeled but essentially identical tools, which prompts a question: When a once-ubiquitous tool more or less disappears (or becomes an object to collect and display), what knowledge disappears with it? 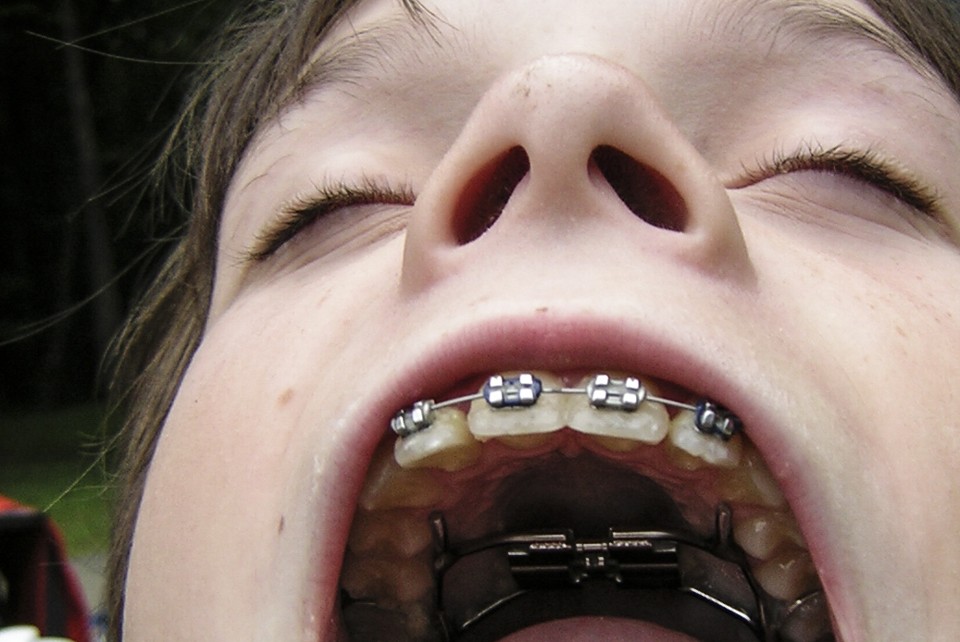 How did orthodontia—expensive, painful, and often medically unnecessary—become so popular?

Today, some 4 million Americans are wearing braces, according to the American Association of Orthodontists, and the number has roughly doubled in the U.S. between 1982 and 2008. But cultural and social concerns about crooked teeth are much older than that. 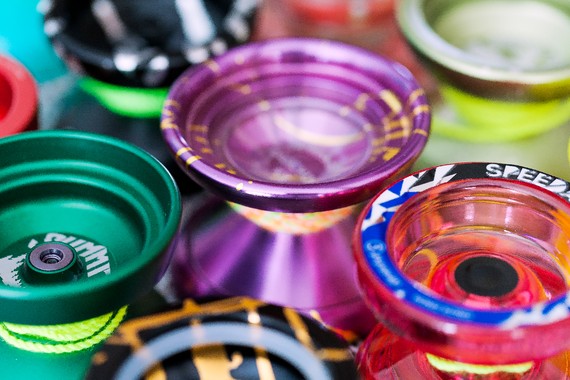 The Secret Life of Yo-Yos

The modern version of the toy is practically unrecognizable

It’s easy to forget how much of an impression such a simple object can make on people. It gives people a particular kind of thrill to feel in control of such a dynamic, energetic, and animated object. It collaborates, cooperates, and, also, resists. 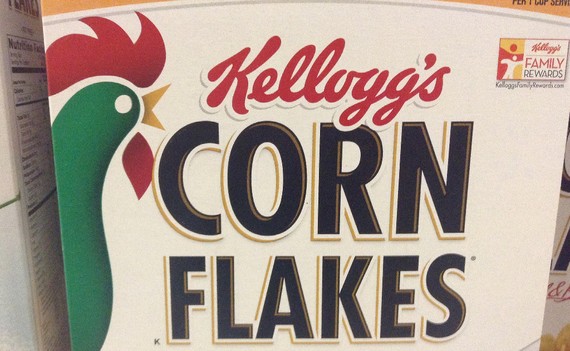 Over-dried and spray-coated, time-tested and familiar, Corn Flakes are the epitome of conventional food. In fact, there is innovation in a Corn Flake, but you can’t really see it. 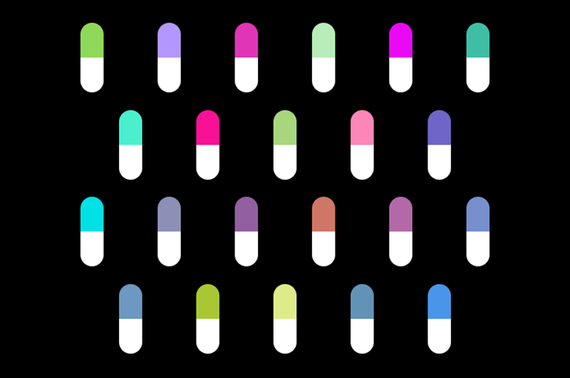 Generic Drugs: The Same, but Not

The law requires them to be the same as brand-name drugs in all ways that matter. But what science considers important is a moving target.

Generic drugs may seem humdrum, banal objects. After all, who is going to win a Nobel Prize for creating a generic drug? Yet within each of these plainly wrapped commodities lies an ideological debate that cuts to the core of modern medical practice and consumer culture. 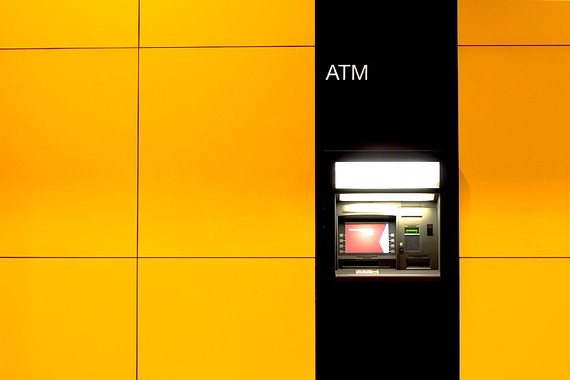 A Brief History of the ATM

In spite of their cultural significance, ATMs recede into the noise of everyday memory. From its humble and uncertain beginning nearly 50 years ago, the ATM has become pervasive. Few stop to reflect on how they—and the computer infrastructure that supports them—became the backbone of contemporary retail payments. 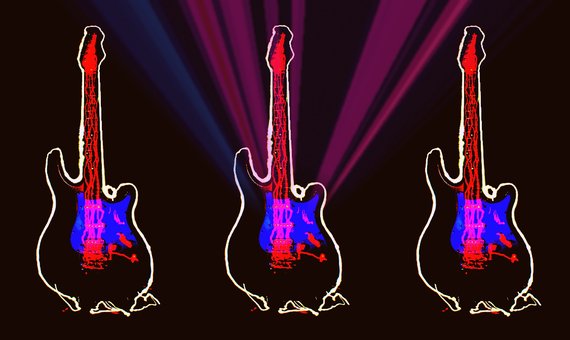 A series of happy accidents and analog technologies led to the weird sound effects of the 1950s and beyond.

Consider how many transformations take place during the production of sound from an electric guitar. Guitar effects and the boxes that generate them have married theory and practice, history and material, content and form. Some effects, and the boxes that produced them, altered musical periods beyond recognition. 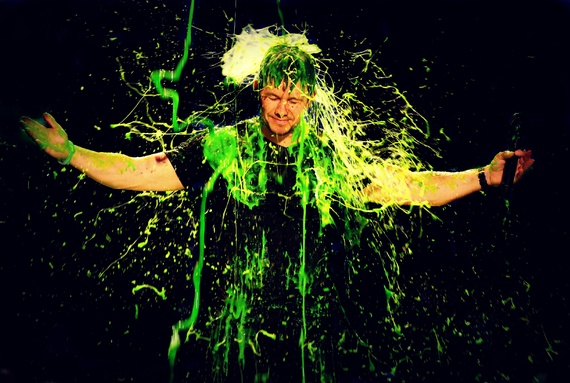 How a glorious blob of goop became a pivotal symbol of kids’ culture, an Object Lesson

Green slime is that gooey non-Newtonian fluid you may remember from childhood science experiments or Nickelodeon television shows. It’s a material that has no function other than to entertain. But in the depths of each glob are embodied all the contradictions of contemporary kid culture. 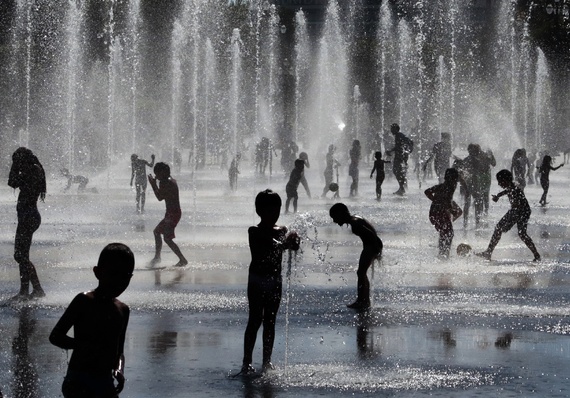 The Politics of Drinking Water

Vital, renewable, and tied to civilization since the beginning of time

Most Americans take cheap, safe drinking water for granted. Unlike oil, water is a renewable resource, replenished by rain and snowmelt. Even so, environmentalists warn that we’re tapping out our supply. 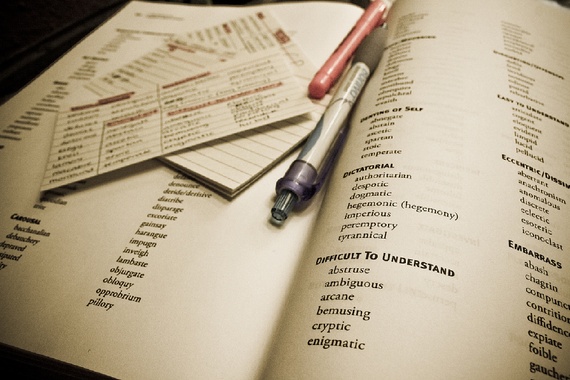 The New Work of Words

The basic unit of the sentence is doing more than it ever was before.

The word is a popular thing. As such, it’s the easiest to tell stories about. So here’s a new story you might not know about words: They’re working harder than ever before, corralled into new forms of work at which they are doomed to fail. 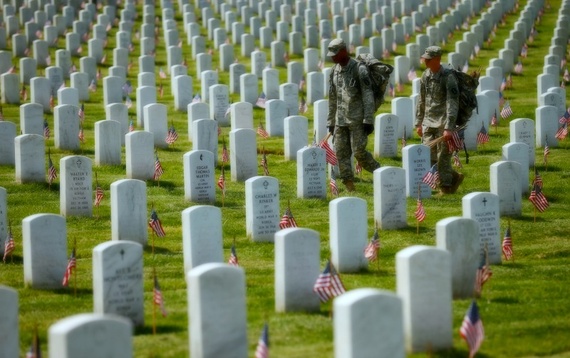 150 Years of Burials at Arlington

A history of Arlington National Cemetery, where Veterans Day is every day.

Covering more than 600 rolling acres of green Virginian grass, Arlington is the only national cemetery in the country that inters servicemen from every war in U.S. history, from the Revolution to contemporary wars in the Middle East. The cemetery is a tribute to America and the people who have transformed it over the course of its history. 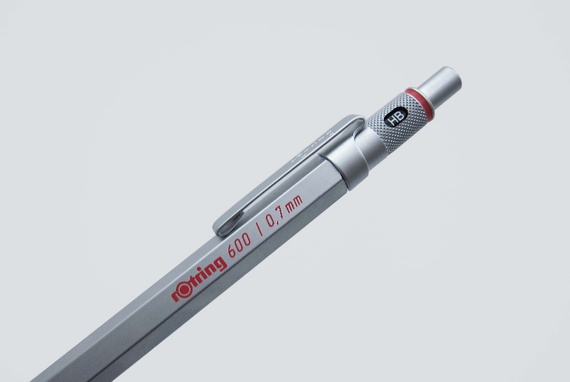 I Can Never Have Too Many Mechanical Pencils

A good mechanical pencil is a beautifully-made object. A mechanical pencil doesn’t require sharpening and is always the same length, so that its weight and handfeel remain constant. It is obviously an improvement, a superior piece of gear. 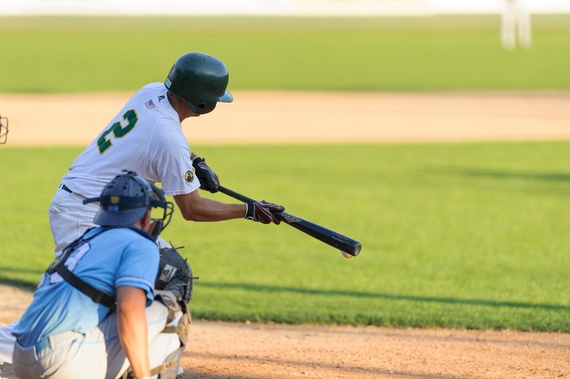 Baseball’s Long and Complicated Relationship With the Bunt

Despite claims that it’s self-defeating, as the playoffs heat up, the “small ball” strategy can go a long way toward winning the World Series.

Baseball’s bunt—that quirky technique in which a hitter pivots to face the pitcher, grips his bat like a lacrosse stick, and tries to deaden the ball into that grassy no-man’s land in front of home plate—has been under attack for years. Yet every fall, when the toil of 162 games begins to wear out the muscles of big sluggers and only playoff pitchers take the mound, the bunt reemerges. 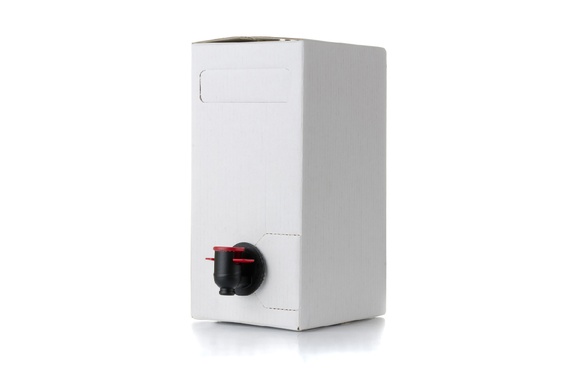 The Modest Pleasure of Boxed Wine

Wine in a box is affordable, ecological, and delicious—and its time has come.

Quality boxed wine is quietly making its way into homes, though much of the box’s previous stigma still exists. Just as screwcaps experienced a meteoric rise from bottles of Boone’s Farm Strawberry Hill to bottles of Bonny Doon’s Le Cigare Volant Réserve, the box is becoming more accepted as a container for quality wines. 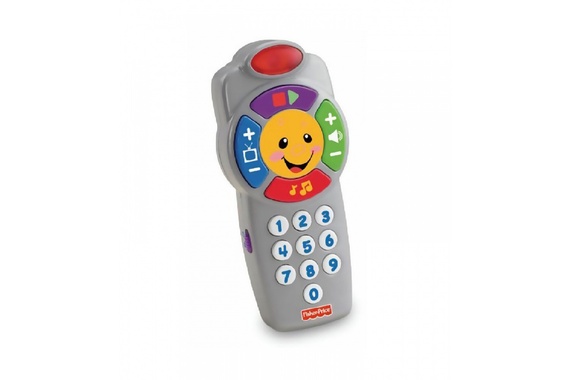 How the Remote Control Rewired the Home

Since the 1920s, it’s been changing channels and changing lives, including yours.

This seemingly innocuous media accessory has also changed the way we inhabit our houses and experience our families. The effects of remote controls have cascaded through the home, affecting how we arrange our domestic spaces, whom we share them with, and what we do there. 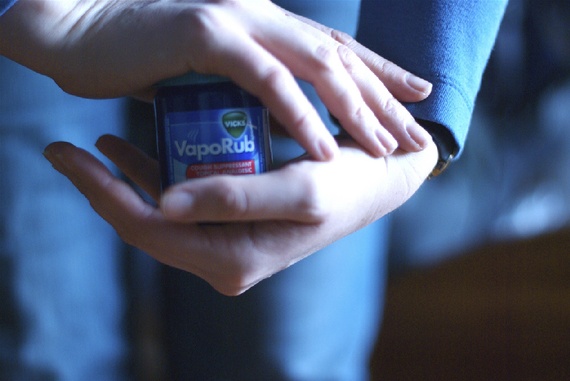 Vicks VapoRub and Me

My own extensive use of Vicks will be familiar to anybody gripped by that scene in The Silence of the Lambs, where the investigators rub Vicks under their nostrils to quash the smell of a decomposing body. “That’s what I’ve been needing,” I said while watching that film. Vicks goes on smoothly but follows up with a volatile kick, like an irrigation of the nostrils, a salutary tickle, and a sneeze. It’s so strong that, two minutes after I’ve first applied it, I can’t smell anything at all. That is why, for twenty-three years, Vicks has been my armor of choice against the incursions of the material world. With an overactive nose and a tricky stomach, I need Vicks to protect me against the aromatic stimuli that life throws at me everyday—filthy toilets, diesel fumes, upholstery cleaner, perfume.